2020/4/15
A ceremony of donation of Japanese community in Pohnpei was held at the President Office of the Federated States of Micronesia in support of the FSM’s measures against COVID-19 on March 26.

At the ceremony, Mr. AKINAGA Koji, Vice President of Pohnpei Japan Club, presented a check of 1,000 U.S.Dollars to FSM Vice President Yosiwo GEORGE, representing of the Japanese people in Pohnpei who made donations.

Japanese Ambassador SOBASHIMA Hidenobu who accompanied Mr. AKINAGA stated that “while the amount may be smaller than you have expected, I hope you could appreciate the gesture of the Japanese community to express their solidarity to the FSM who kindly hosts them during the difficult time of the FSM”. Vice President GEORGE responded that “such a gesture is more important than the amount of donation, and I highly appreciate the Japanese community who showed it”. 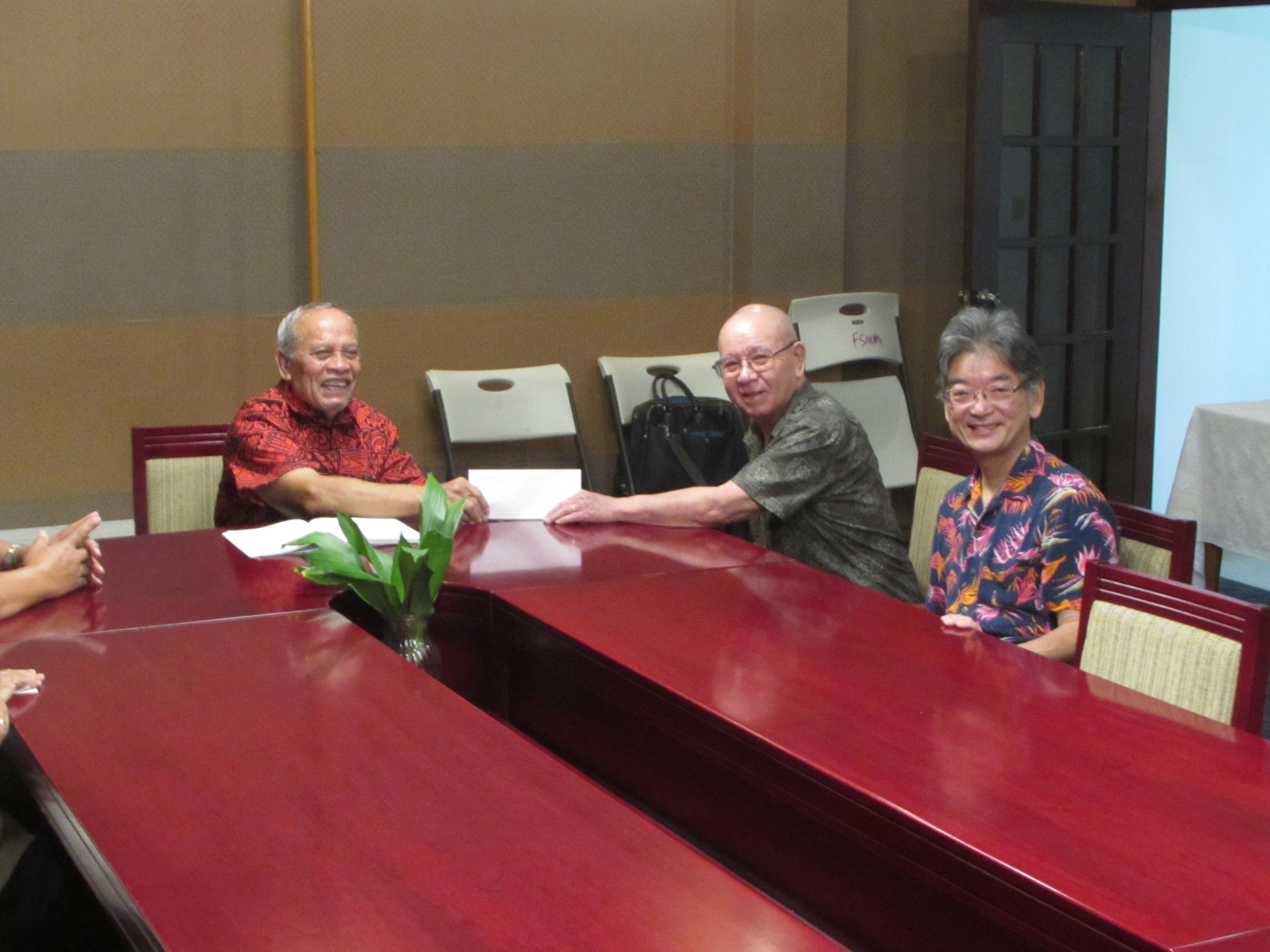 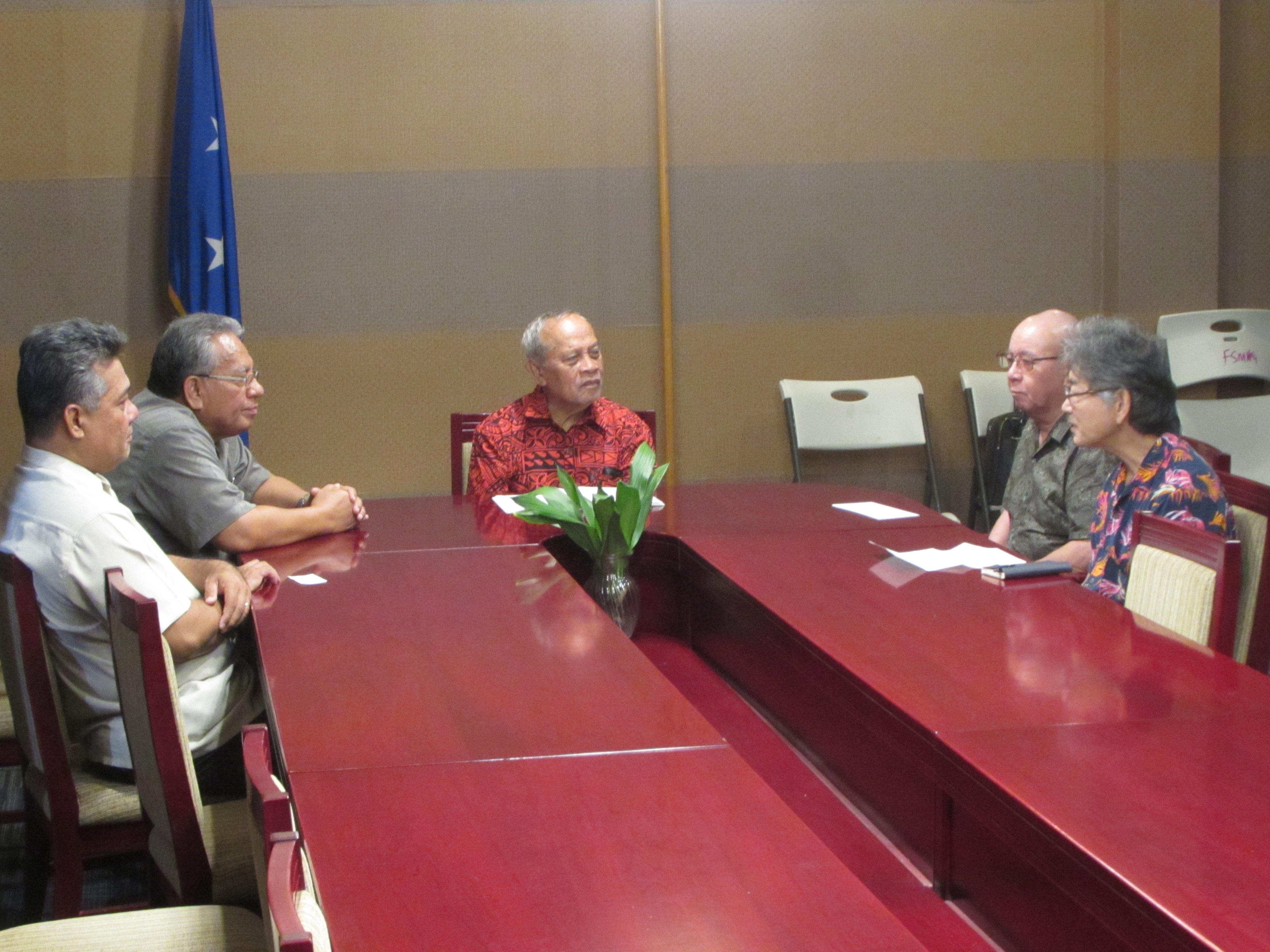