2021/5/20
In the afternoon of Thursday 20 May 2021, Mr. Sobashima Hidenobu, Ambassador of Japan to the Federated States of Micronesia observed a Japanese language class at Calvary Christian Academy (CCA), Pohnpei, accompanied by Mrs. Virginia John, Principal of the school.

12 girls and boys made the same speech, explaining “Sakura Zensen” or the movement of the cherry blossom blooming line from south to north in Japan in Japanese.

The three best contestants received from Ambassador Sobahsima, as their award, a couple pieces of stationary made in Japan.

Ambassador Sobashima commended all students who made speech in Japanese for their efforts.
He said that all speeches were good, but as he had to differentiate, he severely examined light mistakes to choose the best, and encouraged the students to work harder to become even better speakers of Japanese. 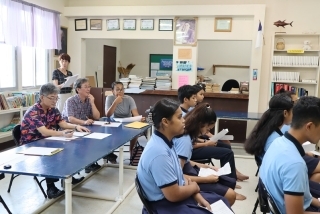 The Markers and CCA Students 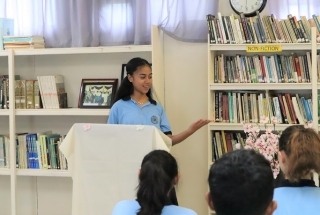 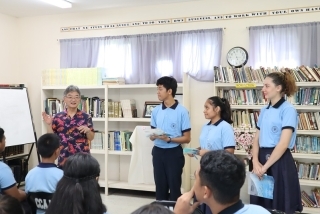 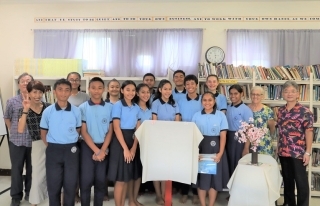