Handover Ceremony for the Project for Procuring a Garbage Truck in Madolenihmw Municipality, Pohnpei State 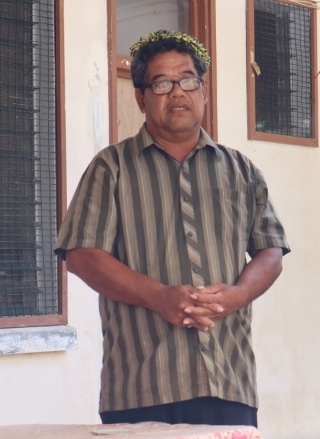 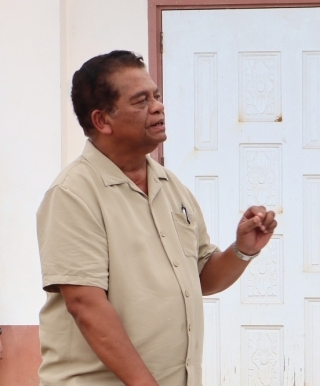 At the ceremony, the Hon. John Rensle, Acting Mayor of Madolenihmw Municipal Government stated that thanks to the donation by the Government of Japan, the Municipality now possessed a Garbage Truck, and expressed his appreciation to the Ambassador, Government of Japan and all of people who contributed to the project. Following his speech, the Hon. Shelten Neth, Senator, Pohnpei State Legislature, deeply valved the cooperation from Japan to the FSM including this Garbage Truck.

Ambassador Sobashima Hidenobu recalled that he signed the Grant Contract for this project in December 2019 to respond to the request from Madolenihmw Municipality who wished to address the environment problems arising out of littering and accumulation of wastes in the Municipality, observed that the donated Garbage Truck would be mobilized to collect wastes from each area of the Municipality every month and the Truck would reduce the size of wastes so that it will be able to collect 22 times larger amounts of the wastes compared to the current capacity of waste collection, and in conclusion, he hoped that the Garbage Truck would be fully utilized to contribute to the improvement of the environmental of Madolenihmw and Pohnpei State, and would develop to become a symbol of friendship between Japan and the FSM. 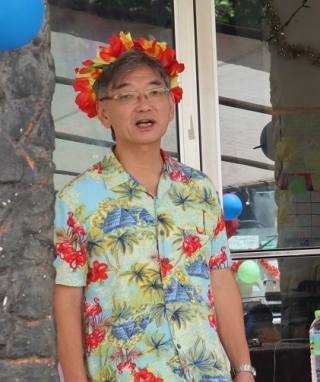 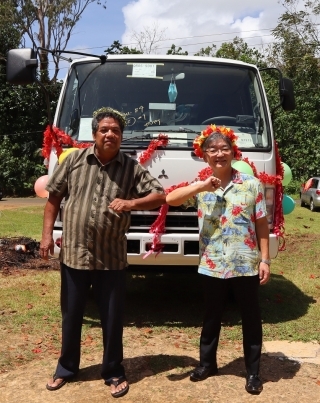 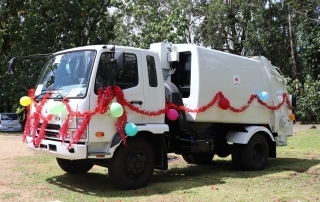 The Garbage Truck provided by the Government of Japan