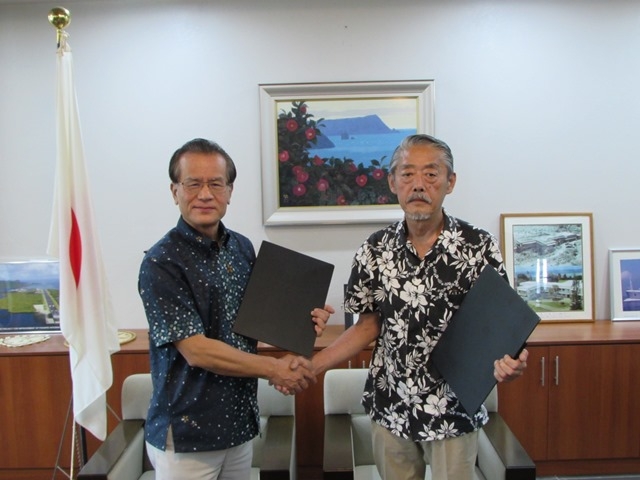 On May 23 2017,  the grant contract signing ceremony was held for the Project “Oil leakage countermeasures project for World War II Wrecks in Truk Lagoon Marine Area, Federated States of Micronesia(Phase 1)” which provided Japan Mine Action Service (JMAS) with US$857,899. This is the first project in the Federated States of Micronesia, since the Grant Assistance for Japanese NGO Projects started in 2002.

The objective of this three year project is the environmental conservation in Truk Lagoon where the oil leakage from Japanese corroded and degraded ships which were sunken during the World War II is concerned. Before taking emergency treatments for the oil leakage, JMAS assess the current situation of the shipwrecks carefully.

Ambassador Ryoichi Horie noted that the project has been requested from former President Emanuel Mori. He also stated that this project will play an important role to preserve and maintain the marine environment of Chuuk State, as the oil leakage could negatively impact on Chuuk’s tourism industry which largely depends on wreck diving. At last, he encouraged Mr. Inoue, Resident Representative of the project, to assess the situation of the shipwrecks carefully, and then implement emergency treatments.

In his speech of acknowledgement, Mr. Inoue stated that he is honored to assist preserving and maintaining the environment of Chuuk State, and would like to work hard for that.