Report by the Participants of JENESYS 2019 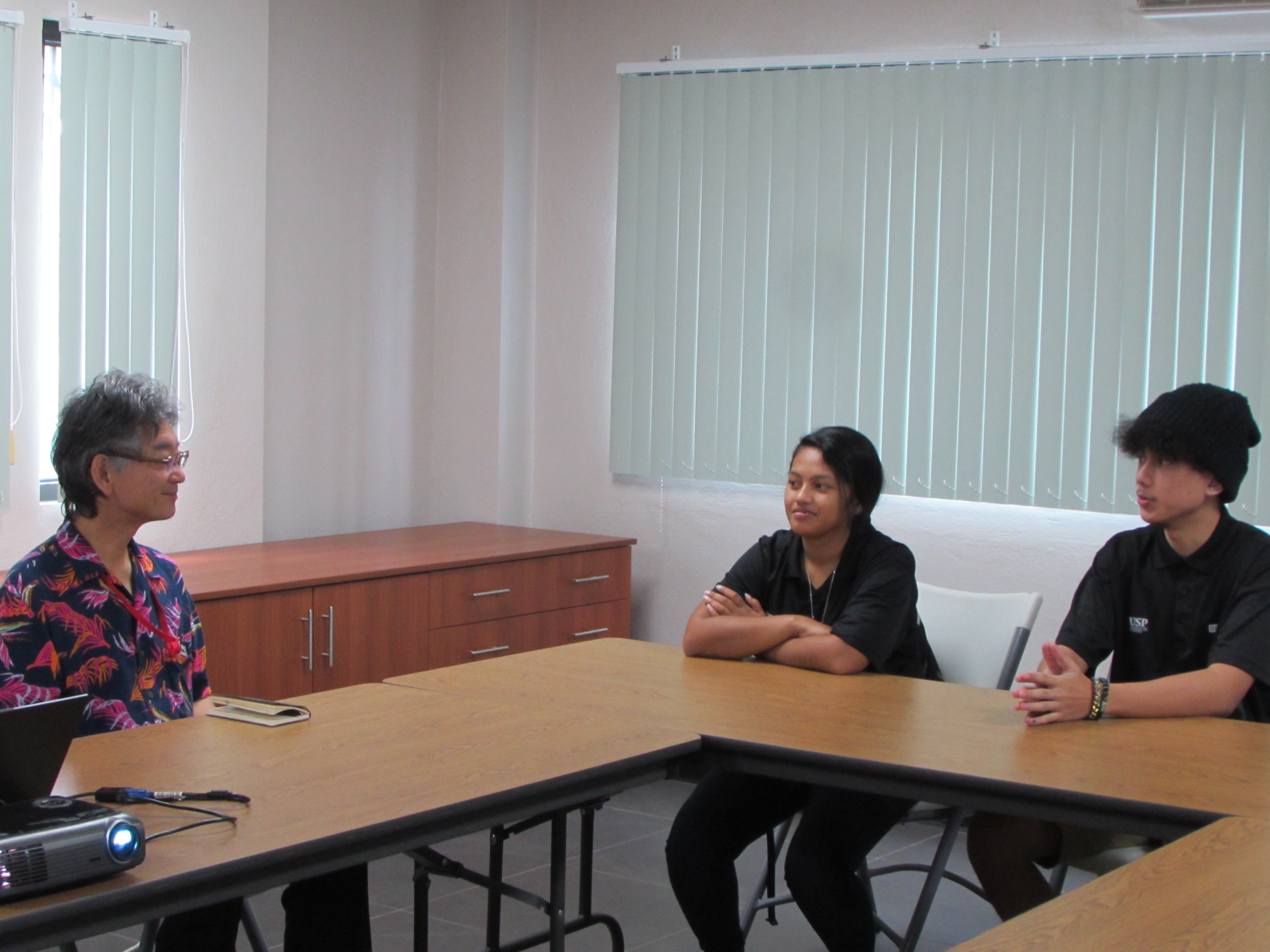 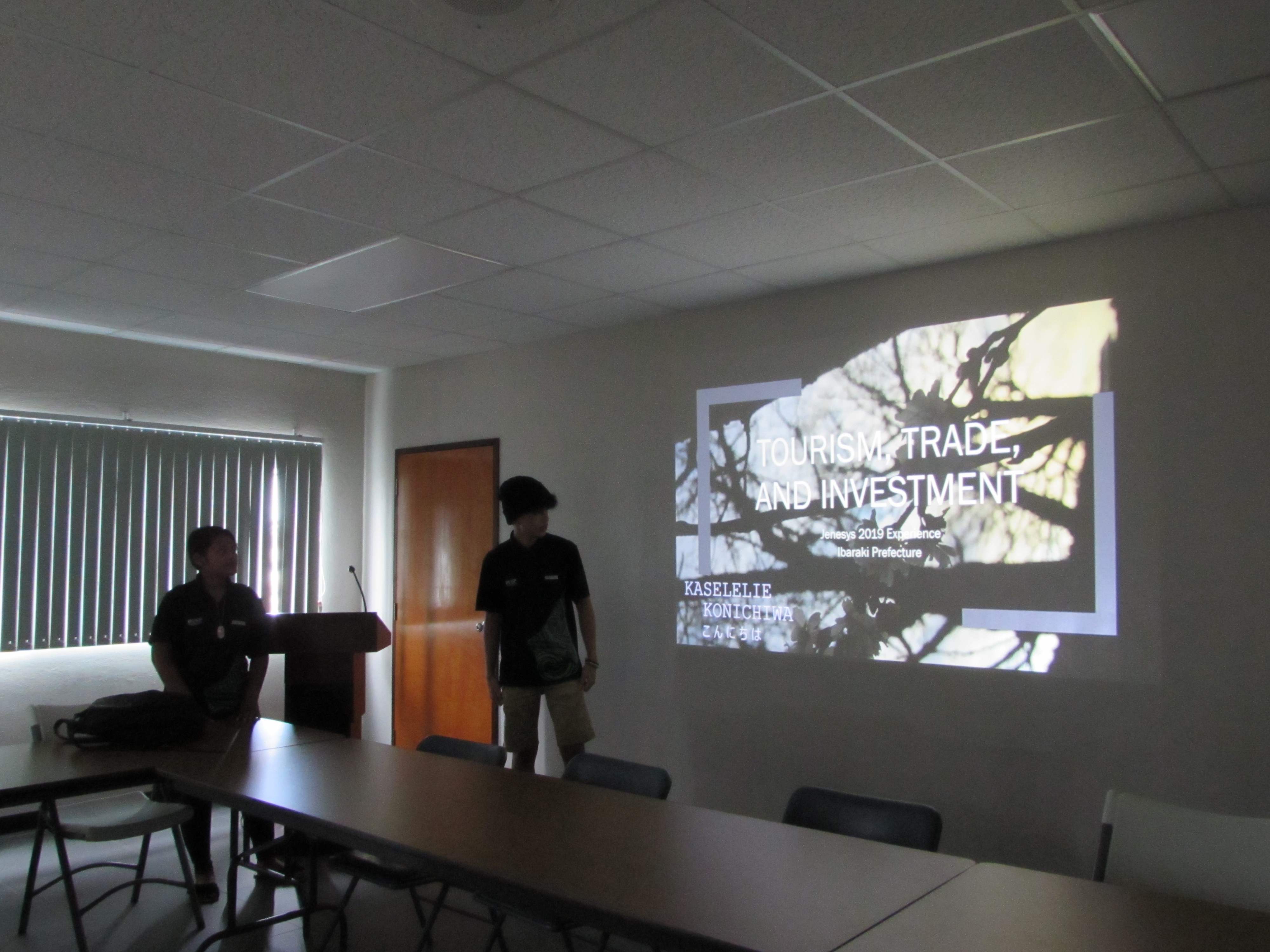 On January 15th, two participants, a young man and a young woman of the FSM, of JENESYS 2019 visited the Embassy of Japan to report to Ambassador Sobashima what they had experienced during the program. JENESYS (Japan-East Asia Network of Exchange for Students and Youths) is a program to implement exchanges between Japan and the countries in Asia- Pacific to deepen understanding of Japan by the participants. In fiscal 2019, five students from the FSM participated in the program.

During the presentation, the participants expressed their gratitude for having being invited to the program, and reported what they had learned regarding tourism, trade and investment, and their impressions on the historical sites and factories in Ibaraki Prefecture which they had visited by showing pictures. After the presentation, Ambassador Sobashima asked the participants what was their take from Japan, i.e. what they had learned in Japan which they wanted to implement in the FSM. The answer was the respect for and maintenance of traditional cultures.

At JENESYS 2019, the participants from the FSM were divided into four groups; “Trade, Investment and Tourism”, “Disaster Prevention and Reconstruction from the Disaster”, “Marine Resources and Security”, and “Environment and Energy” and participated in a 7 day program at Ibaraki Prefecture, Fukushima Prefecture, Yamaguchi Prefecture, and Nagano Prefecture between November 2019 and January 2020. 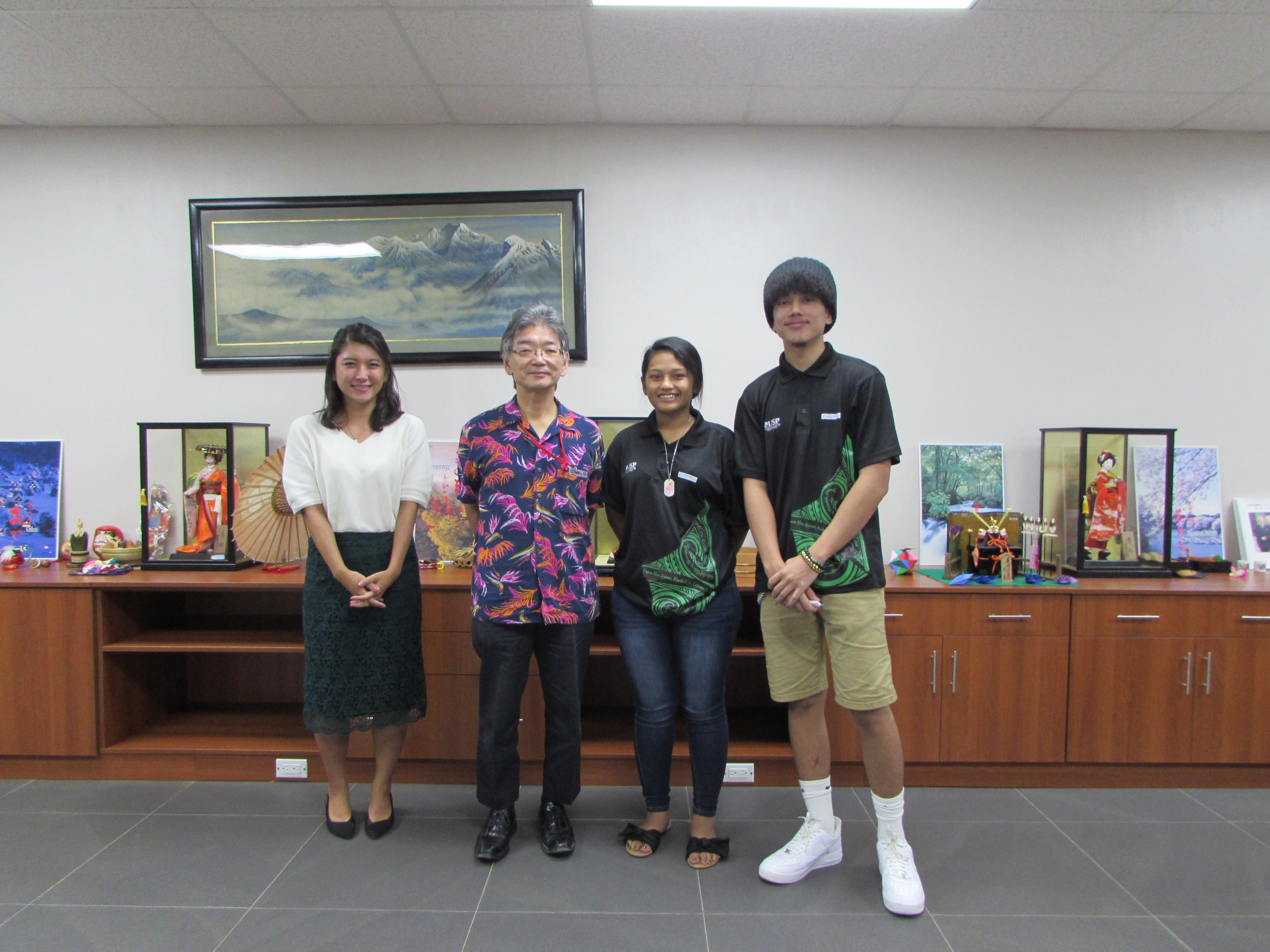